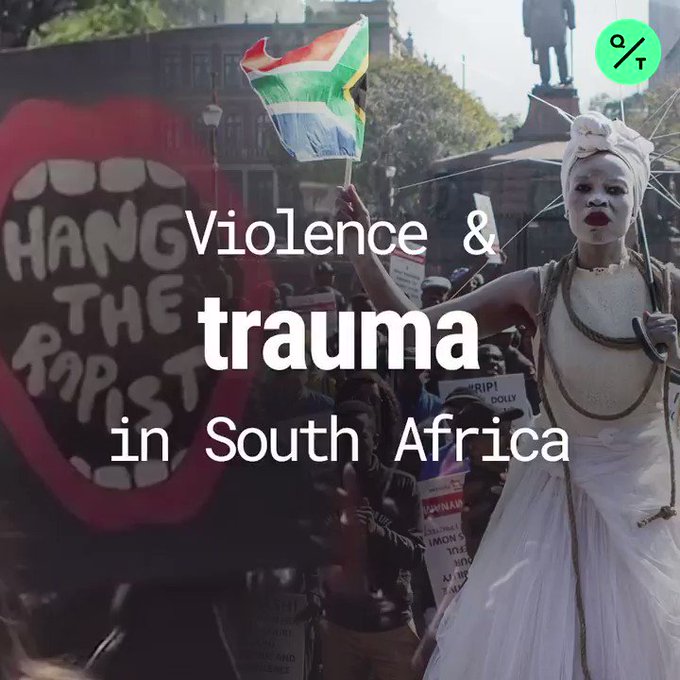 There’s another global pandemic: and it’s specifically affecting women
Cases of femicide have spiked globally since the start of the coronavirus pandemic — especially in South Africa. The country has seen a surge since the government eased lockdown restrictions in June, which is renewing public outrage.
South Africa’s President lamented a “surge in murders of women and children” as lockdown eased, calling it a second pandemic.
Related Topics:News In Africa
Up Next

Giadom: Tinubu has been retired from politics – Fani-Kayode

Africa: Yoruba Will Emerge As A Sovereign Nation Without Any Blood Shade – Prof. Banji Akintoye

Home/news/Africa: Yoruba will emerge as a sovereign nation without any blood shade – Prof. Banji Akintoye

Prof. Banji Akintoye, the president – General of the Yoruba World Congress said on Wednesday that  over 55 million Yoruba people in the South-West would get freedom by having the sovereign Yoruba nation without breaking the law of Nigeria or shedding blood.

Professor Akintoye said  this at the YWC House in Ibadan, the Oyo State capital, during the celebration of the anniversary of the Kiriji War, which happened over 130 years ago.

Stressing the significance of the struggle, he said, “When we first started the process, we had a total of 45 organisations, but now, we can boast of a total of 107 different organisations.

“They do say that I don’t compromise; it is not every time. But once we say we will take a common stance, I don’t know how to betray. We will get the Yoruba nation free without violence; we will not break the laws of Nigeria. If there is anyone who wants to be violent, we will tell them, no.”

On the proposed rally fixed for October 1 by some youths, he said they reserved the rights to stage the rally, but warned against violence.”

The leader of the Movement for Oduduwa Republic, Mr Akin George, stressed on unity among the Yoruba.

Formation Of New NBA By The Northerners, Is This The Disintegration Of Nigeria?

Two lawyers, on Friday, spearheaded a mutiny that claimed culminated into the breaking away of some lawyers from the northern parts of Nigeria to form what they termed New Nigeria Bar Association. The two lawyers, Nuhu Ibrahim (Convener 1) and Abdulbasit Suleiman (Convener 2), explained that the formation of the ‘New NBA’ was aimed at protecting their interests as enshrined under Section 40 of the constitution.

What looks like the climax of a series of events that preceded the 2020 NBA Conference, may have unconsciously triggered the disintegration of the entity called Nigeria as the breakaway was motivated on religious and ethnic grounds.

The so called ‘New NBA,’ cited the controversy over the withdrawal of the invite to the governor as a major reason they seek to breakaway, saying, “What has been happening recently has exposed the inability of the NBA to manage and contain the heterogeneity of its members, as well as their various interests. Its penal powers have been deployed discriminately on the basis of ethnicity and regionalism.

“As a body of lawyers, who have undergone training towards ensuring the promotion and protection of human rights and liberties, the NBA is supposed to live above sentiments, regionalism and discrimination on any basis and of any kind.

“Therefore, the NBA cannot afford to be seen not to be upholding the rights and freedom of its own members, if at all it should be seen to be practising what it preaches. As the Hausa saying goes, ‘Idan Kura tana maganin zaho, ta yi ma kanta (If a hyena has a cure for diarrhoea, let her use it for herself).’”

It would be recalled that National Executive Committee of the NBA had on August 20, 2020, following a petition signed over 3400 lawyers, withdrawn the invitation extended to Kaduna State governor, Mallam Nasir El-Rufai, as a speaker at the conference. The withdrawal was as a result of El-Rufai’s poor human rights record as well as the incessant killings ongoing in Southern Kaduna, according to sponsors of the petition. The invitation was therefore withdrawn by popular demand.

But this did not go down well with some lawyers from the north, who heeded the call by the Muslim Rights Commission (MURIC) to boycott the conference, and went a step further to pull out of the national body and form a new one.

Expressing his disgust, Constitutional Lawyer, Chief Mike Ozekhome hinted the dangers inherent in the path the lawyers of northern extraction are taking, saying “…when you begin to create a different Bar, calling it, for example, Northern Bar or new Bar, then people, very soon, are going to start calling for Southern Nigerian Army, Southern Nigerian Navy, Western Nigerian Air Force, Eastern Nigeria Tax Authority etc; where are we heading to? That is nothing but balkanisation of Nigeria and God forbid.”

Chief Ozekhome may have expressed his point in passing, but the fact remains that the northern lawyers in their not well thought out stance, has created a precedence that will surely preempt the breaking away from many other things and institutions that holds the country together.

While the new President of the NBA, Olumide Akpata will have an uphill task unifying the lawyers, it is important to note that a wrong seed has been sown. A seed that may bring about a restructuring of the country, or in the worse case scenario totally disintegrate the country.

Onyxnews Nigeria reports that the Economic Community of West African States (ECOWAS) has appointed ex President Jonathan, as a special envoy to lead the sub-regional body’s mediation mission in Mali.

The former president’s appointment was conveyed in a letter signed by President of the ECOWAS Commission, Jean-Claude Kassi Brou.

The letter stated: “Given your position as the former President of the Federal Republic of Nigeria and the great role and contributions your tenure offered to the maintenance of peace, security and stability in our region, I have the honour, in consultation with the Chair of the Authority, H.E. Issoufou Mahamadou, President of the Republic of Niger, to communicate to you, the decision to appoint you as ECOWAS Special Envoy for the sociopolitical crisis in Mali.”

Jonathan is expected to facilitate dialogue with President Ibrahim Boubacar Keita, all principal stakeholders in Mali, opposition leaders, civil society and religious organisations, towards resolving the worsening socio-political condition in the West African country, as a special envoy.

Former President Jonathan, who spoke ahead of his scheduled departure for Bamako on Wednesday, vowed to do his best to ensure that the mission achieves good result.

Jonathan also appreciated President Muhammadu Buhari for the Nigerian Government supports, with providing an aircraft and other logistics required to make the assignment a successful one.

This online news playform understands that the former President had in the past led peace missions to many crisis-ridden nations. The former president is also expected to deploy his massive goodwill within the continent to facilitate the process of restoring peace in resolving the nation’s challenges.

Former President Jonathan’s appointment comes at a time the West African nation has been hit by protests, sparked by the outcome of parliamentary elections in March and April, perceived discontent over the government’s handling of Mali’s jihadist insurgency and worsening economic situation.

Jonathan is to engage in consultations with all relevant stakeholders involved in the ongoing dispute in Mali to ensure that a common ground is found in finding peace.

Few months ago, Onyxnews Nigeria had reported that President Buhari had bagged an appointment from ECOWAS to lead in the fight against coronavirus (COVID-19).