Bayern Munich overcame Paris St-Germain in a tightly contested Champions League final in Lisbon to claim the crown for the sixth time.

Kingsley Coman, who started his career at PSG, settled a tense affair with a 59th-minute header at the far post from Joshua Kimmich’s cross to leave the French giants still searching for that elusive Champions League triumph.

It was a night of joy for Bayern coach Hansi Flick, who added the Champions League to the Bundesliga after initially taking over as interim coach from sacked Niko Kovac in November.

In contrast, it was a night of bitter disappointment for PSG’s two attacking superstars Neymar and Kylian Mbappe, who failed to produce their best and found themselves frustrated by Bayern keeper and man of the match Manuel Neuer when they had the best of the first-half chances.

Mbappe’s pain increased in the second half when he looked to be tripped by Kimmich in the area, but PSG’s penalty claims were ignored – leaving Bayern to celebrate being crowned champions of Europe once more, becoming the first team to win the trophy by winning every Champions League game in a single campaign.

“Football Is Like A Religion To Me, I Worship The Ball And Treat It Like God” – Pele Confesses

Victor Osimhen, Super Eagle Striker Joins Napoli In A £74m Deal That Could Record Him The Most Expensive African Footballer In History

“Football Is Like A Religion To Me, I Worship The Ball And Treat It Like God” – Pele Confesses 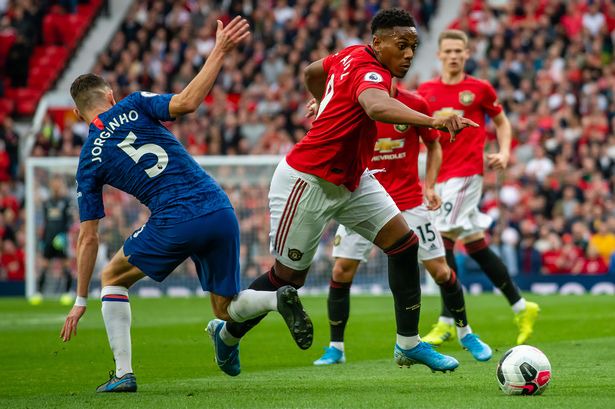 When people talk about religion they aren’t only referring to major religions like Christianity, Hinduism and Judaism. These are all examples of religions, but religious systems come in a huge range of forms. So, when academics try to think about all of these various ideas together they think about what they have in common. People often say that some of the things these religious ideas have in common that makes them a religion is that they involve rituals, sacred spaces and commitment to a particular religion or idea.

When we think about sport, there are some elements of it that are similar to the above ideas about religion.

Rituals: Many football supporters go to football games regularly and have a particular pattern of behaviour, when they do this, they might always eat the same thing and sing the same songs, for example, this is a bit a like going to church on a regular basis in terms of singing hymns and taking communion on a regular basis.

Sacred spaces: In Christianity, Judaism and Islam, people regularly visit a particular place to think about and practise their religion, whether that is a church, a synagogue or a mosque. In football, it can be said that a stadium or a home ground is like this. It is a place where people go to participate in their group activity either religion or sport and to cement the ideas of that group within their lives and themselves.

Commitment: A common feature of religions is that they are usually exclusive, a person is a member of one religion not many. Similarly, people often support one particular sports team, not many, and remain committed to them whether they do well or not. Although sport and religion are similar in these ways, it is important to remember that what is often considered the defining feature of religions is that they are concerned with cosmology (how the universe is) and/or with the supernatural (a god, several gods, ancestor spirits, etc).

In sport, this isn’t obviously the case. Many people that go to football games may have views about cosmology and the supernatural, but those views aren’t usually given by the sport itself. They are independent of it.

The beautiful game? Football ought to be rechristened ‘the holy game’. After all, that is how people who cannot otherwise agree on anything else in this world reverentially regard the sport. The claim by Diego Maradona (who once confused his own hand with God’s) that “football isn’t a game, nor a sport; it’s a religion” is shared, like an article of faith, by Pele, his arch rival for the title of the greatest player of all time.

“Football is like a religion to me,” Pele once confessed, “I worship the ball and treat it like a god.”

Deities of football’s muscular creed, Pele and Maradona are not alone in their undying devotion to the sacred pastime. Every four years, the religious ritual that is the World Cup inspires transcendent performances from players who rise above (sometimes literally) the occasion itself. Given the fervour that overtakes the months long sacrament, it is hardly surprising that so many images captured during the World Cup should vibrate with religious intensity.

What follows is a handful of the most striking photos of this year’s tournament, alongside the pious masterpieces from art history whose spirit they share.

During the eighteen hundreds, there was a philosophical and scientific movement away from organised religion that influenced the world in many ways, some that we still see today.

Skepticism emerged of old enduring religious ideas and concepts that had been taken as indisputable for centuries. There were also lingering economic and political theories that are still taken into account in our modern lives.

The great German thinker Karl Marx was once quoted as saying during this time that, “Religion is the opiate of the people.”

But as the world moved on from this time there arose a new opiate of the people and, in its own way, a new religion. A religion that would in some ways inspire more devotion and fervour than its tired counterparts that were still mired in the doctrines of yesteryear.

This new religion was none other than “Football”, or “The Beautiful Game” as some like to call it.

As this new phenomenon took a hold of the people across the globe, it led to the construction of stadia that would in effect become the new churches of this religion, where the faithful could visit to see the prophets (players) they admired conduct their demonstrative sermons from week to week.

It would in fact be very easy to classify football as a religious faith because of the impact it has upon those who follow it with such passion.

Fans who would follow their team across the earth in an effort to be there when the team they love and worship is crowned a champion of some kind. Managers and players are held up like saints and prophets of old and often deliver moments of genius that some would say are biblical in proportion.

Now, this is very far-fetched for a lot of people, but the fact of the matter is that because these people believe this then it is real for them and though it is easy to condemn them for this it is actually just as easy to think “Oh well, each to their own”, and get on with your life.

In terms of the functionality of football as a religion it is plain to see that every week across the world millions of followers and fans of the game enter the “churches” across the planet in hope of that glorious, golden moment in which they can once again feel the illumination they experienced when they first knew that this was a pastime like no other—something they would always try to recapture for the rest of their days.

Even today, as games across the world commence, there will be new followers caught up in the passion of football as they see the genius and dedication of various masters of world football.

Perhaps in England, during the match-up between Chelsea and Manchester United, a young fan will sit in the stand and say to his father, “Daddy, who is that man who runs so quickly with the ball and does all those tricks and fancy kicks?”, and his father will say, “Why son, that’s Deco/Joe Cole/Cristiano Ronaldo/Nani”, and the child will say, “wow”, and so another youngster will begin a love affair with this strange religion that is often so good, but also so very bad.

So before you leave for “church” or sit down to watch some “televangelism” today, say a little prayer for football and remember the saints of yesteryear, and the miracles they conspired to commit so that we today are able to experience the grandeur of modern football and the beautiful thing it has become beyond all the politics and money.

Football will no doubt endure for many years to come and shall remain part of our collective consciousness for as long as the religions that control so much of the world still do.

Into the future what will it become? It shall remain whatever it was to a certain extent, but in the meantime we can enjoy it as time slips into time.

We should still rejoice in the beloved spectacle of it and hope for the miracles that sometimes happen. Because, besides all the attached administrative rubbish and economics that have become so much a part of the modern game, there is still very much the magic of the beautiful game itself and the spiritual moments that are created.

It is a great thing to remember these moments and to truly remember why we all love the game so much.

Victor Osimhen, Super Eagle Striker Joins Napoli In A £74m Deal That Could Record Him The Most Expensive African Footballer In History

There still however conflicting reports about how much he cost Napoli but the most reliable sources continue to quote £74m.

Super Eagles striker Victor Osimhen finally joins Napoli in a reported £74m deal that would make him the most-expensive African footballer in history.

Osimhen was announced as a Napoli player on Friday, July 31 after long-drawn-out negotiations between the player, the Serie A club and Lille.

The 21-year-old has signed a five-year contract with the Serie A sides after his impressive season in France with Lille.

Lille, where the Nigeria international played for just a year also confirmed the move. “We’d like to extend our heartfelt thanks to @victorosimhen9 and wish this Super Eagle Flag of Nigeria the very best of #LOSC luck in his new adventure with @en_sscnapoli,” the Ligue 1 club said on Twitter.

Two former Nigeria coaches, Clemens Westerhof and Johannes Bonfrere are locked in a legal battle in far away Holland, over allegations of match-fixing during Nigeria’s USA ’94 World Cup campaign.

Coach Westerhof has sued Bonfrere for defamation of character and is praying that the Rechtbank Gelderland High Court in Arnhem, Netherlands should ask his former assistant, Bonfrere to clear his name after he(Bonfrere) was quoted as having accused him of selling the match between Nigeria and Italy for $100,000.

Sometime in April 2020, Bonfrere was widely quoted by the Nigerian media of having said in an interview with highly reputable Sport Radio, Brila fm that his former principal and colleague, Coach Clemens Westerhof sold the World Cup group match, which Nigeria lost 1-2, no thanks to a Roberto Baggio second half brace.